Ukraine is a country in Eastern Europe. Ukraine borders Russia to the east and northeast, Belarus to the northwest, Poland, Slovakia and Hungary to the west, Romania and Moldova to the southwest.

Kyiv is the capital and the largest city of Ukraine, located in the north central part of the country on the Dnieper River. 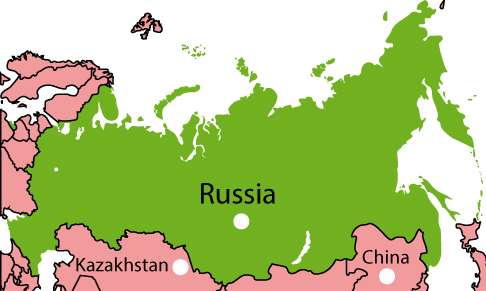 Russia is a sovereign country in Eurasia. Russia is the largest country in the world by area, covering more than one-eighth of the Earth's inhabited land area, and the ninth most populous. About 77% of the population live in the western, European part of the country.

Moscow is the capital and most populous city of Russia. Moscow is recognized as a Russian federal city.